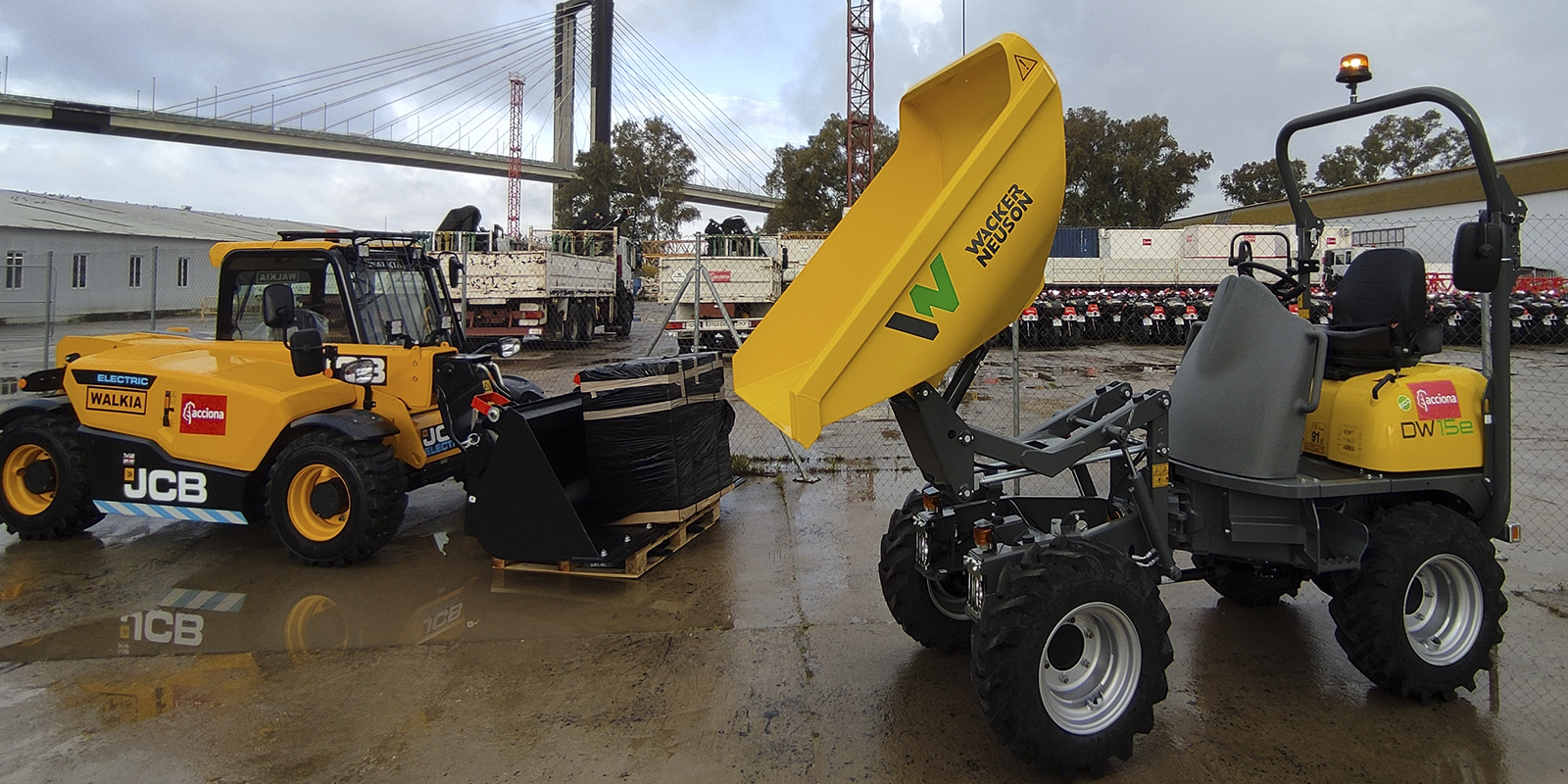 As part of its commitment to mitigating climate change, ACCIONA has recently acquired electrical machinery through its Asset Management Department for use in the construction projects that the company undertakes all over the world.

This pilot project, part of the company’s decarbonization plan, makes  ACCIONA the first Spanish construction company to invest in this kind of electrical machinery.

Specifically, ACCIONA has purchased four telescopic handlers and two rotating dumpers, which will mainly be used in urban construction projects. Thanks to their 100% electrical operation, great improvements are made in reducing pollutant emissions and noise levels on site.

The first of the handlers, bought by the company from the international manufacturer JCB through its distributor WALKIA, was handed over in ACCIONA’s Machinery Depot in Seville, Spain. Following a series of tests, it is being used in a housing construction project in Cádiz province, South of Spain. The other three machines of this type acquired by ACCIONA are expected to be delivered in the rest of this year.

Overall, it is estimated that the use of this electrical machinery could reduce up to 100 tonnes of CO2 emissions.

In line with the latest scientific studies on climate change, ACCIONA undertakes to reduce its direct emissions and those generated by its energy consumption by 60% between 2017 and 2030, aiming at the most ambitious target of the Paris Climate Agreement to limit global warming to no more than 1.5ºC above pre-industrial levels.

Among the measures that ACCIONA has implemented to achieve this target, the company has launched a ‘decarbonization fund’ to finance projects with potential for significantly reducing emissions. This purchase of electrical machinery is one of the initiatives that will receive support from the company’s decarbonization fund.